Ana Zhdanova is a Belarusian singer performing nostalgic music mixed with dance notes straight from the 90s and 2000s.

Ana began her musical career as a guitarist and continued her career as a producer, expanding her musical horizons. Ana’s music is universal, everyone will find something for themselves. The most important voice in her musical compositions remains a voice that soars subtly in moments of memory and sadness. Each Ana’s song is full of meaning, and the lyrics take the listener to another world, where there is no place for tension and dailiness. All the heroes of her songs are dreamers watching life from the outside. Ana’s most famous musical projects are LILAC, Bonehider, Lily of the Valley $ Sugar. 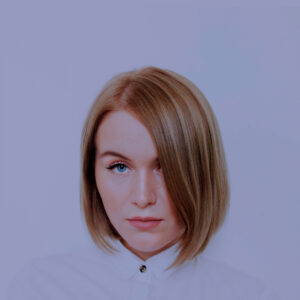